There's Nothing Behind Me
I'm sitting alone out here. The living room windows are wide open behind me. I can hear crickets noises from outside.
I don't want to turn around.
Mama says there's nothing out there. Nothing stands outside in the yard. Nothing makes those odd noises.
But I don't want to turn around.
There's nothing behind me. There's nothing out the window. No faces. No children. Nothing is faceless and no matter how it looks, is not a child.
I still don't want to turn around, no matter what Mama is telling me.
I don't trust her voice at night. Especially when it comes from outside the living room windows (Source)
Share
Excuse Me
One of my classmates in grad school had an odd habit. Whenever he walked into an empty room, he'd whisper, "Excuse me." When I asked him why, he said it was a superstition in the country his parents had emigrated from. You were supposed to say that in case there was a ghost in the room. It was polite.
I recently relocated for a new job. On the day of my move, after cramming all my stuff into a U-Haul, I went back up to my apartment one last time to make sure I hadn't left anything behind. The place felt so empty, as if it had been abandoned for years. And without the music I usually had playing in the background as I went about my daily business, it was eerily quiet. More to break the silence than anything else, I whispered, "Excuse me."
A voice whispered back, "Don't worry about it." (Source)
Share
The Cop
Knock Knock!
Ugh who could it be! I looked at my phone. 11:37. I don’t think I’ve ever had someone at my door so late. Well not since college, but those years are behind me now. I got off the couch and made my way to the front of the house.
Knock Knock!
I started to get scared. Who could it be? I don’t have a gun or anything in case it’s a criminal. I look through the peep hole and see red and blue lights. I think it’s a cop. Not much better if you ask me.
“Hello Sir, sorry to bother you at such a late hour, but I wanted you to know that there has been a kidnapping in this neighborhood” “That’s terrible. Can I help in some way?”
”We just want to keep the parents informed. Best to stay alert in these trying times. It’s the third time in the past year. Have you checked on your kids tonight?”
How would he know I have I kids? “Sorry Sir but I live alone. Why did you think I had kids?”
”I’m in the neighborhood on patrol a lot. Thought I saw kids here before. Sorry for the misunderstanding, but now you know to be on the lookout.”
Something about this guy seemed off. “Do you not have a partner officer. Thought most cops worked in pairs.”
”That’s just for tv shows. Most of us work alone. Well I’ll get out of your hair sir. Again, sorry to bother you.”
“No problem. Enjoy your night officer.” Before I could close the door he grabbed the doorknob ”If you wouldn’t mind my asking, could you point me the houses around here where kids might live. Don’t want to bother any more single households.”
Now this guy was really giving off bad vibes. Something told me not to tell him, but on the off chance he was helping, I thought I should help. “The house next to mine on the right. And across the street with the two cars in the drive way. That’s all I know.”
”Thank you, that makes all of this easier on me.”
And like that the officer left.
Knock Knock!
Ugh. I checked my phone. 1:47. I was used to these knocks late at night, however. That’s because they didn’t come from my front door. It’s much better to store kids in the basement. That way the cops can’t hear them. (Source)
Share
"Get out of the car"
"What?"
"You heard what I said, get out!"
"But sir, I showed you my license and reg-"
"Step out of the vehicle, I won't ask again!"
"This is complete bullshit."


The man had no choice but to get out, whether the cop had a justifiable reason to command him or not. Compliance was key, and he had to remember that if he wanted to make it out of this safely. He saw the policeman reach for his weapon as he neared him, just before the officer grabbed him by his arm and dragged him away from the vehicle.

"I'm not armed, sir, just please calm down."
"Keep your mouth shut and get in the back."


The officer opened up the back door to his cruiser, but something felt odd to the man. He never read him his miranda rights, never handcuffed him or even tried to restrain him. He was initially going to run, until he witnessed the cop pulling the entire gun out of his holster this time. Afraid of dying so suddenly, and becoming just another part of a statistic, he raised his arms and quickly got into the car. The police officer stood by the door with the window rolled down, calling for backup almost immediately after.

"Officer, please, I'm already detained. I admit that I was aware my tail light was broken, but this is just excessive."
"The reason I pulled you over is unrelated to why I took you out of the car, son."
"I'm afraid I don't understand."


The policeman sighed, not taking his eyes off of the car he'd pulled over. With both hands on his gun, and his eyes unmoving, he whispered just loud enough for him to hear.

"I pulled you over because of the broken tail light. I took you out of the car to save you from the man with the knife I saw hiding in the back." (Source)
Share
How to get yourself out of a locked bathroom!
So this has happened to me more times than I’d like to admit, thus in many ways I’d consider myself somewhat of an expert on the subject. There are of course subtle differences involved depending on the layout of your bathroom, but I’ve tried my best to factor in all possible scenarios.


Try the door. If, like me, you have a very sturdy door, this won’t do you much good. But try it anyway. It could just be a case of some rusty hinges, or perhaps something blocking it, so give it your best shot. Don’t try to kick it. You might end up slipping, potentially harming yourself (or worse yet; falling into the bathtub). Use your shoulder, and really put your hips into it.

Try the window.
If, like me, you’re stuck in a basement bathroom, this won’t do you much good. Either there aren’t any windows in the room, or they’re too small for you to climb through anyway, so you’ll just be wasting valuable time.

Call out for help / bang on doors/windows.
If, like me, you’re all alone in a ridiculously recluse area, this won’t do you much good. You’ll just be wasting your breath, and that’s the one resource you’re gonna need.

Pick the lock open / destroy the lock.
If, like me, you have an electronic lock, this won’t do you much good. Messing around with circuit boards and wires will just require you to expose your skin, and that’s the last thing you want.

Call a locksmith / Support for your installed lock.
This is for obvious reasons a last resort, but if, like me, you’re rapidly running out of oxygen, there’s simply no other choice.
Prepare for the arrival. 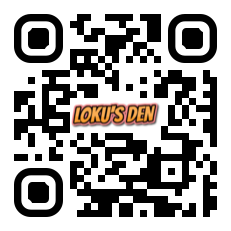